Assault on Linden and Park Hill

Date:06/30/18
Time: 8:35pm
Where: Park Ave and Waverly St
Let me start this report by letting you all know that I am reporting this as I heard it, so there is room for error.
The call came as a woman pepper sprayed and another stabbed on the neck on Linden St and Park Hill but that the woman had moved to the Laundromat at the corner of Park Hill and Waverly, within minutes multiple Police cruisers and Officers were on the scene.
The video initially shows the woman that was pepper sprayed then you can see the woman that was allegedly stabbed at the entrance of the Laundromat, I have to say that I saw not indication of any stabbing.
We spoke with an eyewitness and he told me that this started by Linden St and Park Hill where 4 people (male and woman vs two woman) got involved in a heated argument and the man/woman sprayed the other with pepper spray and then took off up hill, the eyewitness said that he saw no stabbing.
Both woman were transported to a local hospital for observation.
As ALWAYS: YV reporting what is important and relevant to you. We are your eyes on the Streets of Yonkers
2018-07-01
YV_Admin
Share 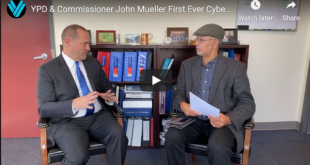 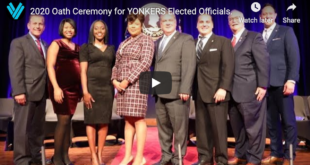