Home / YV Espanol / One on One with Honorable Mayor Richard Thomas

One on One with Honorable Mayor Richard Thomas

Yonkers Voice apologizes for the length of the following video. But, we would like the opportunity for the audience to hear straight from Mt.Vernon’s Mayor Richard Thomas about the issues and facts facing his administration and progression of this wonderful city. Issues the Mayor states are inherited from the prior administration and current friction between The Mayors Office and current City Comptroller Walker and several current Council members. We ask that you view our very interesting, informative and fact based video and make your own educated decision. In this video you’ll see and hear the Mayors empathy for those struggling to just make it. He discusses the many problems he has inherited such as Memorial Park, millions of dollars in loans, sewage issues, and even a company that was paid 3 million dollars install street lights and no lights have yet to be installed. He also talks with pride about The City of Champions and its amazing qualities and things like the fact that young people in Mt.Vernon need to know that the city loves them. Please watch our video interview and learn about the wonderful gem called Mt. Vernon and its obstacles and vision of moving it forward straight from the Mayor of Mt. Vernon, The Honorable Richard Thomas. 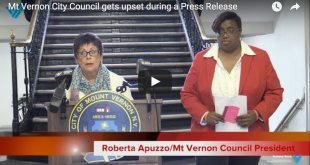 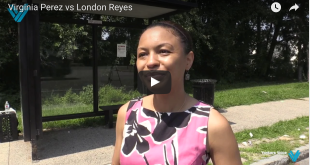 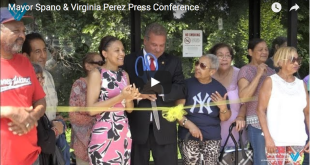