ITS NOT LOCAL UNLESS ITS YONKERS VOICE!!!!

Pamela Graddick was a 26 year old female who lived with her girlfriend at 904 Morris Ave in the Bronx back in 2012 until her life was cut short, her killer is still out there and YPD needs your help resolving this murder.

You may ask: If she lived in the Bronx then why is this a YPD case?
Well her body was found in Yonkers and due to this, this case is now within Yonkers Jurisdiction.

The victim was reported missing by her family to the 44th Pct in the Bronx on Aug 14th, 2012. On Sept 4th, 2012 the YPD was sent to wooded are next to 2 Rossmore Ave on a report of a foul odor, upon arrival the body was found in a small wooden area adjacent to 2 Rossmore Ave, Yonkers.

The victim was found in a dark colored plastic bag and highly decomposed. The body was transported to the Medical examiners Office and it was determined that death was caused by HOMICIDE.

Its know that the victim come from a large loving family and she was loved not only by her family but also by her friends and coworkers.

Pamela worked at a Day-Care Center in the Bronx and was described as a very good and dependable worker.

At the time of her death, the victim was in a relationship with her girlfriend for about 3 years. The girl friend states that the last time she saw the victim was on August 11th 2012 at about 4:30pm when she went to her mother’s house. The victim then went to shopping that evening with friends at the Bronx Terminal and the friends dropped her off at her Apt and they spoke to her via text at 11:19pm and that was the last time the victim was seem or heard from.

Detective John Geiss in charge of the Yonkers Cold Case Division says that this is NOT about closure to her family but about #JUSTICE for Pamela Graddick.

If anyone has ANY information they should contact the Yonkers Cold Case Unit at 914.377.7731

There is also a $5.000 REWARD for information leading to an arrest and conviction of the person/s responsible for this murderer.

ALL CALLS/INFO will be kept CONFIDENTIAL 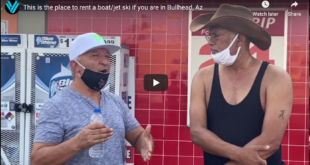